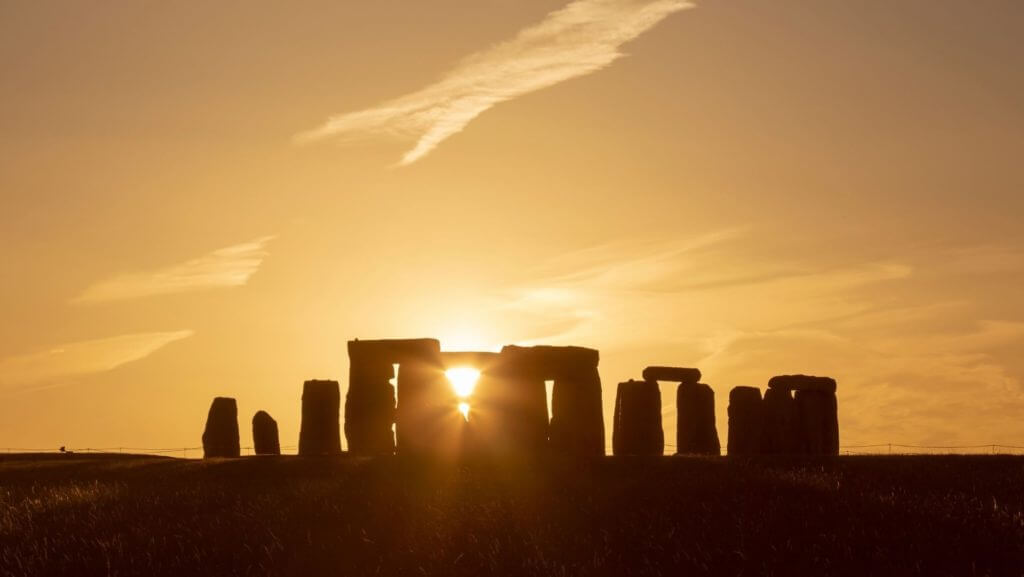 The longest day of the year was marked at 03.32 am this morning. There are multiple layers of significance to this moment. Traditionally it was marked by rituals, with lighting of bonfires and gratitude celebrations over several days. It was thought that bonfires would boost the sun’s energy for the rest of the growing season. It would also guarantee a good harvest for the autumn.

Bonfires were associated also with magic. It was believed that bonfires could help banish demons and evil spirits while magic was thought to be strongest during the summer solstice.

The moment when astronomically the sun hits its zenith in the northern hemisphere was marked for eons by worship at sacred sites which were aligned with sun energy. They were solstice specific sites. In this country places like Stonehenge are perhaps best known for solstice gatherings where people watch the rising sun bring its golden light into the stone circle, where they can connect with those ancient ancestral rites in sacred place.

I find it strange to think that according to pagan folklore, evil spirits would appear on the summer solstice. I am so conditioned to think of it as a wonderful time of light, of faeries dancing in midsummer forest glades, of bright magic. Indeed it was a time of thanksgiving but although it marks the first day of summer, paradoxically it is also the beginning of the descent back into darkness, as we head towards autumn and winter.

In Celtic lore the Oak King is slain by the Holly King, the dark king representing the decline of the sun and the return of the world into dormancy and darkness. From that day onward the year is dying.

To ward off the evil spirits, people would wear protective garlands of herbs and flowers. One of the most powerful of these plants was known as ‘Chase Devil’. This is more commonly known as St John’s Wort, a sun infused plant that can cure the winter blues and would be harvested right at mid summer when it was most potent. Alchemists would distill the plant into powerful tinctures which could then be given out during the dark winter months to those who fell into depression because of lack of sunlight. Sound familiar? Of course now we can go and buy it at the health food shop but I doubt it was harvested right on solstice.

Our journey through the seasons

So as we come chastened through the Coronavirus experience I think it’s just good to remember that as we travel on this beloved Earth, we too transit with her through the seasons and share our own journey through light and darkness, through timeless cycles of birth, action, nourishment and retreat. We too are buffeted by hidden energies we no longer understand and renewal of ritual is much needed at this time.

I always have mixed feelings at summer solstice for all the reasons mentioned above. High summer – I was born in August under a sun sign and have always thrived under the sun. Winter never bodes well for me. So there is a kind of melancholy, knowing that from this moment each day will become shorter. And yet there are still months of summer and the glories of autumn ahead that I love.

The Summer Solstice reminds me to pause in a moment of gratitude. For all my blessings and for the summer glories. For the rich wealth of nature’s continuing abundance where ever we allow her to thrive and rewild. And to remember we are children of a glittering cosmos. We are alive on a garden spinning in space, turning in timeless cycles and seasons. All of which affect us as we journey together with Earth.

Rose Rylands is a Storyteller and walking guide based where she grew up on the East Coast at Whitby. Her mission is to connect people to the earth as a place of magic, mystery and meaning, to arrest ongoing harm to both ourselves and the natural world.