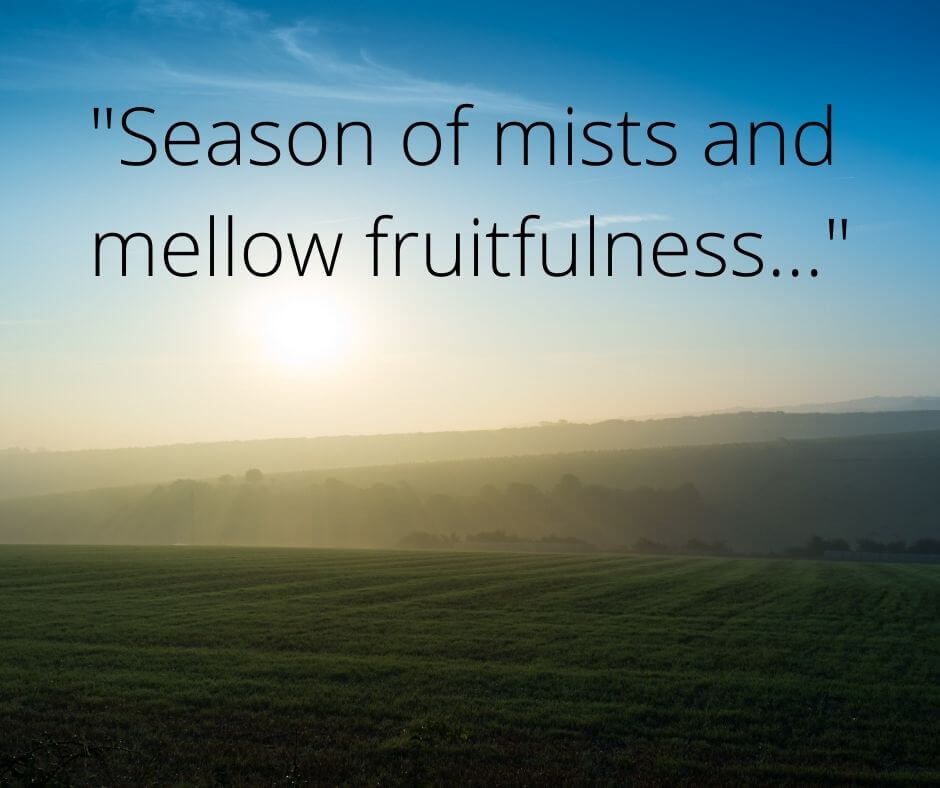 September, the Autumn Equinox, hunkering in

I call it the golden month. Schools have headed back, the fever pitch of summer crowds begins to dissipate and a slower rhythm takes over as nature starts gently winding down. The days get shorter and we glide into the perfect balance of Autumn Equinox, on the 21st and 22nd. Day and night once again have equal length, light and dark, yin and yang. Everything is in balance for this magical but brief moment, before Earth tips and the days shorten.

It’s quieter. Warm sunny afternoons, drinking in the last of summer’s warmth as the wheel gently turns. This Equinox heralds the great thanksgiving and a wild celebration of the second harvest – fruit – symbolised by the apple.

In Welsh lore this is the festival of Mabon, son of the great Sun God Lugh and the Grain Mother, Earth Goddess. The second harvest has grown to fruition, the seed has become fruit and the apple heavy south west prepares for the wassailing.

Rose Rylands is a Storyteller and  walking guide based where she grew up on the East Coast at Whitby. Her mission is to connect people to the earth as a place of magic, mystery and meaning, to arrest ongoing harm to both ourselves and the natural world.

“Piskies” or “pixies” are the fairy folk of Devon. But perhaps not quite as we think of faeries. Most sightings report that they are small, earthy creatures. They are usually dressed in natural materials or rags. Although they sometimes appear in splendor to those able to see the Faeries.

Ralph Whitlock in ‘The Folklore of Devon’ wrote: “Piskies are timid and shy, live in remote places, often in caves or holes in rocks, venturing out only at night. They are, in general, well disposed towards the human race and have been known to lend a friendly hand with farm and domestic work. Nevertheless, the creatures are not to be trifled with, for they understand magic and can make life unpleasant for anyone who offends them…”

So Devon has its own rich folklore. As with all lore, particularly tales told around gypsie fires in the oral tradition, stories migrate. Migrate along with the characters that inhabit our counties, depicting the otherworldly, old dialect and the character of a place.

The northern cousin of the Piskie is the Hob. Like stories that migrate and re root in other parts of the country, they have their similarities. They are entirely born and shaped by the landscapes in which they live. Take out a good OS map of North Yorkshire and you will see a landscape strewn with Hob names.

These are the Hobbits of the North – Hob of Howl Moor, Hob Holes at Westerdale, Hob Holes at Runswick Bay, Hob Cross at Lastingham and many others.

The Hob family includes the Hob Thrush, Hob Houlard, Hobby Lanthorn, Hinky Punk Hobby Lantern and the Hoode Hob. They are dwarf like, magical beings, exactly as described so beautifully by Tolkien in “The Hobbit”.

Like the Piskies, they are very private, preferring to work late at night away from watching eyes. They like to live somewhere quiet and often make their homes in underground burrows and caves. They are generally of good humour, unless offended. There are plenty of woe betide tales of those that did not fare so well after offending Hob or Piskie!

September full moon rose like deep gold from the sea last night when I was in Robin Hood’s Bay. This beautiful month drops us into the golden leaved pathways of Autumn, and into a sense of drawing in. Like nature, to begin the wintering, resting, shorter days, lighting the fires, hunkering down.

Recently I have spent a few mornings walking on the beach, as I live close by the sea. I find it pulls me now and I need to go. Because when I am there all I see is the unfathomable, intricate, ever shifting weave of water, light, land, birds, sky. It is like watching real magic unfolding every second, all around.

The farmer ploughs the final stubble back into the ground and fallen seeds now lie dormant in the earth until the green fuse is alight once again. But meanwhile, we keep turning on our little garden in space. We are heading towards Samhain or Halloween. This is the final harvest of nuts and berries and the great bedecking of the Holly King.

Rose Seminar on Loss of Language is taking place on 5 October – looking at the terms we have come to use, simplification or dullness of description, making the world appear like a colouring-in book that contains only outlines in black and white.